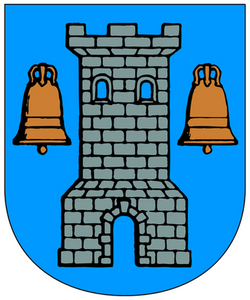 Tårnby Kommune is a municipality bordering Copenhagen on the island of Amager just south of Zealand in eastern Denmark. The municipality includes the islands of Saltholm and Peberholm, and covers an area of 65 km². It has a population of 42,179 . Its mayor is Henrik Zimino, a member of the Social Democrats political party.
The municipality is primarily an amalgamation of the formerly independent towns of Tårnby and Kastrup, as well as the earlier villages of Ullerup and Tømmerup. The municipal council is located in the Kastrup section of the municipality. Tårnby municipality was not merged with other municipalities by January 1, 2007 as the result of nationwide Kommunalreformen .