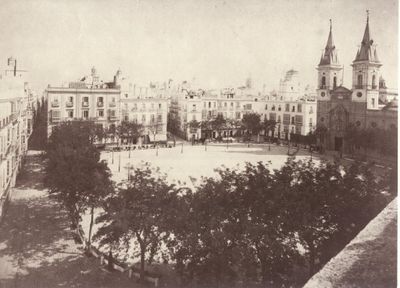 In the 19th century Plaza San Antonio was considered to be Cadiz’s main square. It is a beautiful square, surrounded by a number of mansions built in neo-classical architecture or Isabelline Gothic style, once occupied by the Cadiz upper classes. The plaza was built in the 18th century, and on 19 March 1812 the Spanish Constitution of 1812 was proclaimed here, leading to the plaza to be named Plaza de la Constitución, and then later Plaza San Antonio, after the hermit San Antonio.
In 1954 the cities mayor proclaimed the location a historic site. All construction is prohibited.
Source: Wikipedia