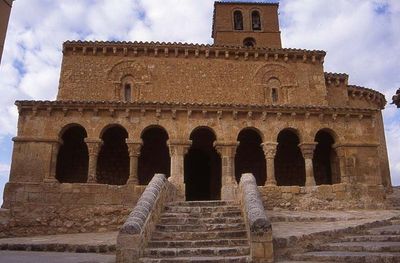 The village lies between the bank of River Duero and a small hill. The town is located on the Wool Route and the Camino El Cid.
The Arabs considered it a very important Christian center. This caused it to become a military objective for 200 years, from the beginning of the construction of its castle by the Arabs in the ninth century (at which time the population was called Castromoro) until it fell finally into the hands of the kingdom of Castile. The innumerable fights that took place this time throughout were the reason so that this place located in the border of Castile consolidated as an urban nucleus.