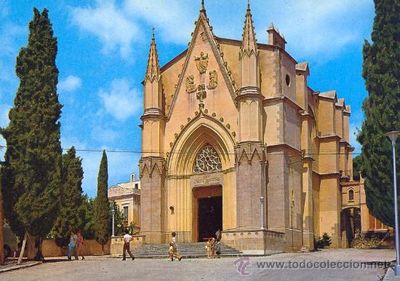 Canet de Mar's devotion to Mary is reflected in the majestic 'Santuari de la Misericòrdia' built between 1853 and 1857. The architect was Francesc Daniel Molina, who gave a Neogothic style to the whole project. This can clearly be seen in the facade, with a Gothic arch framing the entrance and a large rose window. The interior state is very different from the original because of the fire in 1936 which affected all of the wooden decoration, the paintings, the roof and the image of the virgin. The present paintings were made between 1997 and 2001, in an attempt to partially imitate those there previously were in the church. The Sanctuary is very well-known around the Maresme because many young couples are attracted by its majesty and marry there.