Church of Our Lady of the Assumption Torrelavega 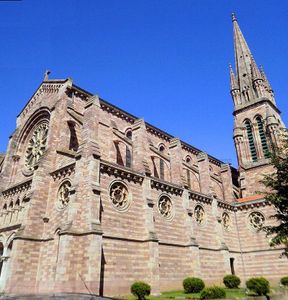 It is a monumental church, of neogothic style, built at the end of the 19th century.

It was conceived as the most ambitious work at that time for the town, taking advantage of its economic expansion based on commercial activity as a crossroads between the Meseta and Santander; whose port was at its peak ultramarine; time that was going to change its image of rural town, by a new more urban, receiving the title of city, in 1895 of the hand of the queen Maria Cristina. Added to this impulse was the arrival in 1879 of an enterprising parish priest who was able to understand the new economic and social situation in Torrelavega, Ceferino Calderón.