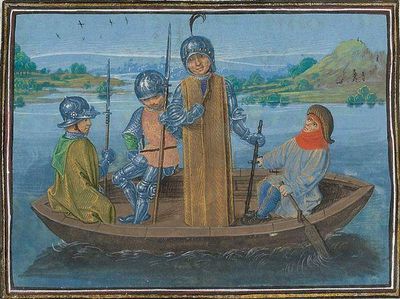 The Battle of Radcot Bridge was fought on 19 December 1387 in medieval England between troops loyal to Richard II, led by court favourite Robert de Vere, and an army captained by Henry Bolingbroke, Earl of Derby. It took place at Radcot Bridge, a bridge over the River Thames now in Oxfordshire but then the boundary between Oxfordshire and Berkshire

The previous year had seen increasing hostility between the young King Richard II and his magnates. This crisis reached a head in November 1386, when the Wonderful Parliament compelled King Richard to remove his chancellor, Michael de la Pole.