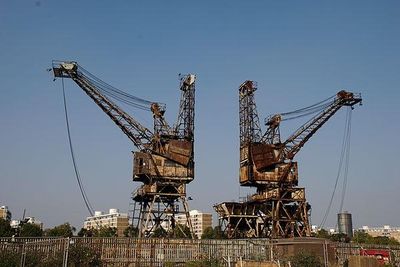 Battersea Power Station is a decommissioned coal-fired power station, located on the south bank of the River Thames, in Nine Elms, Battersea, in the London Borough of Wandsworth. It was built by the London Power Company to the design of Leonard Pearce, Engineer in Chief to the LPC, and CS Allott & Son Engineers. The architects were J Theo Halliday and Giles Gilbert Scott. The station is one of the world's largest brick buildings and notable for its original, Art Deco interior fittings and decor.