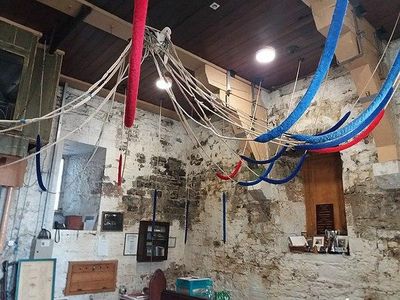 The cathedral was founded in the early 11th century under the Viking king Sitric Silkenbeard. It was rebuilt in stone in the late 12th century under the Norman potentate Strongbow, and considerably enlarged in the early 13th century, using Somerset stones and craftsmen. A partial collapse in the 16th century left it in poor shape and the building was extensively renovated and rebuilt in the late 19th century, giving it the form it has today, including the tower, flying buttresses, and distinctive covered footbridge.