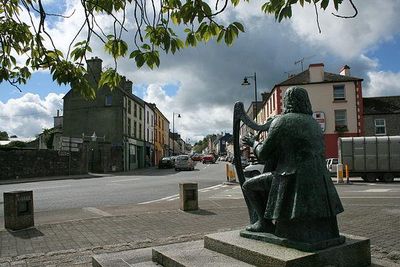 Mohill is a town in County Leitrim, Ireland. The town of Carrick-on-Shannon is approximately 16 km away.

The Justinian plague of Mohill devastated the local population in the 6th century. Mohill, or Maothail Manachain, is named for St. Manachan, who founded the Monastery of Mohill-Manchan here c.  500–538 AD. Some sources and folklore say the shrine of Manchan was kept at the Monastery of Mohill-Manchan, before being moved to Lemanaghan in county Offaly for some unrecorded reason. The Monastery was taken over by Augustinians in the 13th century and was later closed in the 16th century, after the time of King Henry VIII. The site of the church is now occupied by a Church of Ireland church and graveyard.