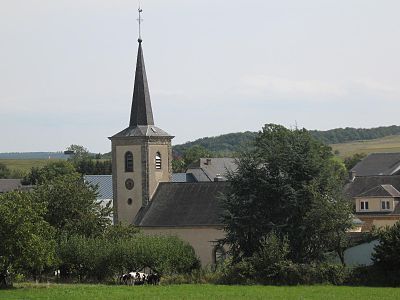 Burmerange is a village in south-eastern Luxembourg. It is part of the canton of Remich, which is part of the district of Grevenmacher. It was a commune until it was merged with Schengen in 2011.
As of 2001, the village of Burmerange, which lies in the south-east of the commune, had a population of 173. Other settlements within the former commune include Elvange.