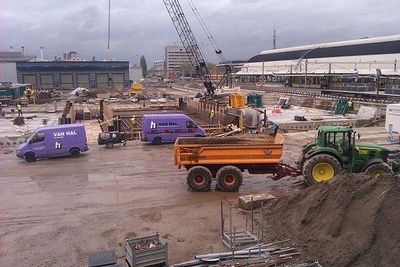 The station is a major hub for the Northern Netherlands. It is the only way trains can get from the north of the country, to any other region of the Netherlands.