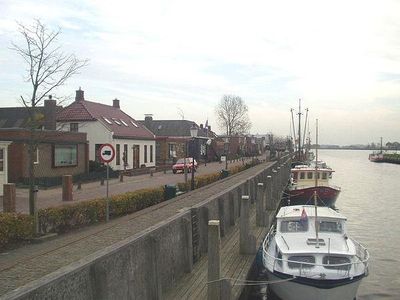 Zoutkamp is a village in the municipality Het Hogeland which is part of the province Groningen in the Netherlands. Zoutkamp was primarily mentioned in documents in 1418 as Soltcampum. Its first inhabitants might have been soldiers. Its name refers to salt and field, which probably means that it was a place for salt production.
Until 2008 it was the site of a ground station of the Dutch Nationale SIGINT Organisatie , which intercepted satellite communications much like the U.S. National Security Agency.