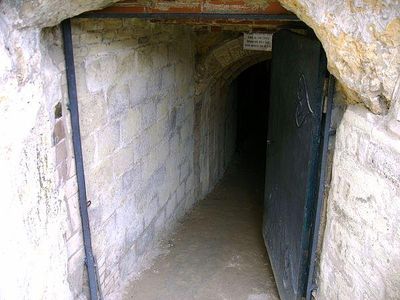 Valkenburg Castle is a ruined castle in Valkenburg aan de Geul, Netherlands. It is unique in the Netherlands by being the only castle in the country built on a Hill. The castle is listed in the top hundred of Dutch cultural monuments.
In the year 1115, fortifications were erected at the site by Gosewijn I, Lord of Valkenburg. This original wooden keep survived until 1122 when it was destroyed under siege by Henry V, Holy Roman Emperor. The castle was rebuilt in the following centuries but was again destroyed in a siege, this time by John III, Duke of Brabant. The current ruins are those of the castle rebuilt in the 14th century.