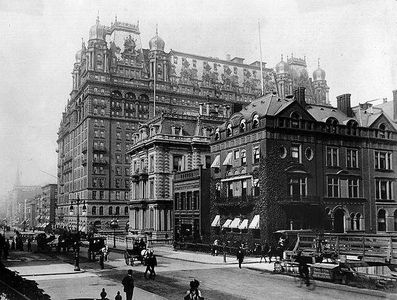 Waldorf Astoria Hotels & Resorts, formerly The Waldorf-Astoria Collection, is a Hilton Worldwide luxury hotel and resort brand. It is positioned as the flagship brand within Hilton's portfolio, being used on hotels which offer the highest standards of facilities and service. As of December 31, 2018, it has 31 locations with 10,502 rooms, including 3 that are owned or leased with 678 rooms, 27 that are managed with 8,840 rooms, and one franchised location with 984 rooms.
In January 2006, Hilton Hotels, Inc announced it would launch a luxury brand called The Waldorf Astoria Collection, branded after the flagship The Waldorf Astoria in New York City. In 2014, this property was sold to Anbang Insurance, while Hilton still manages the hotel under its brand. Some of Hilton's properties carry the "Waldorf" name in their title, but are not part of the Waldorf Astoria chain — The Waldorf Hilton, London being an example.