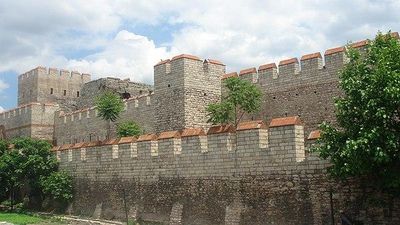 The Fall of Constantinople was the capture of the capital of the Byzantine Empire by an invading Ottoman army on 29 May 1453. The attackers were commanded by the 21-year-old Sultan Mehmed II, who defeated an army commanded by Emperor Constantine XI Palaiologos and took control of the imperial capital, ending a 53-day siege that began on 6 April 1453. After conquering the city, Sultan Mehmed transferred the capital of the Ottoman State from Edirne to Constantinople and established his court there.

The capture of the city marked the end of the Byzantine Empire, a continuation of the Roman Empire, an imperial state dating to 27 BC, which had lasted for nearly 1,500 years. The conquest of Constantinople also dealt a massive blow to the defense of mainland Europe, as the Muslim Ottoman armies thereafter were left unchecked to advance into Europe without an adversary to their rear.