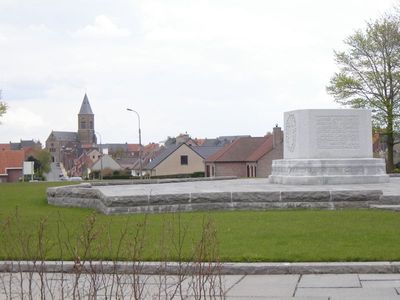 Passendale daːlə]) or Passchendaele is a rural Belgian village in the Zonnebeke municipality of West Flanders province. It is close to the town of Ypres, situated on the hill ridge separating the historical wetlands of the Yser and Leie valleys. It is also commonly known as a battlefield and the name of a campaign during World War I, the Battle of Passchendaele.

In the pre-Roman and Roman times the area of the town was located along the border between the Menapii and Morini Belgic tribes of northern Gaul and later the border between the bishoprics of Tournai and Thérouanne.
The town is first recorded in 844 as Pascandale, and may be named after an individual by the name of Paulus or Pasko. In the Middle Ages, most of the region was ruled by the Augustine abbey of Zonnebeke and the Benedictine convent of Nonnebossen. Both the abbey and the convent were destroyed during an iconoclasm of 1580.