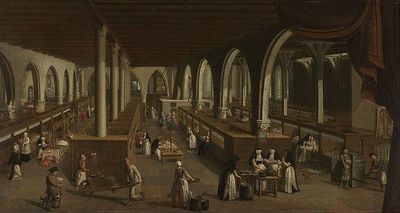 The Hospital of St. John was a medieval hospital in Bruges. It was founded in the mid-12th century.

Located next to the Church of Our Lady, the premises contain some of Europe's oldest surviving hospital buildings. The hospital grew during the Middle Ages and was a place where sick pilgrims and travellers were cared for. The site was later expanded with the building of a monastery and convent. In the 19th century, further construction led to a hospital with eight wards around a central building.