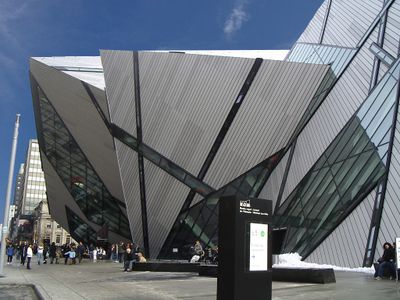 The Royal Ontario Museum, commonly known as the ROM is Canada's largest museum of world culture and natural history. It has notable collections of dinosaurs, Near Eastern and African art, East Asian art, European history, and Canadian history. It has also hosted many travelling exhibits.

Established as the Museum of Natural History and Fine Arts in 1857 at the Toronto Normal School, the museum's current incarnation began in 1912 with the enactment of the Royal Ontario Museum Act by the provincial government.