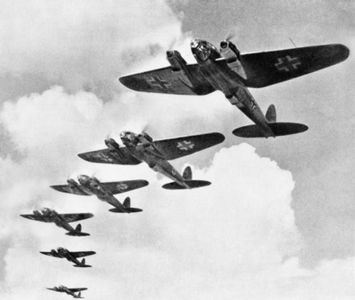 If Day was a simulated Nazi German invasion and occupation of the Canadian city of Winnipeg, Manitoba, and surrounding areas on 19 February 1942, during the Second World War. It was organized by the Greater Winnipeg Victory Loan organization, which was led by prominent Winnipeg businessman J. D. Perrin. The event was the largest military exercise in Winnipeg to that point.
If Day included a staged firefight between Canadian troops and volunteers dressed as German soldiers, the internment of prominent politicians, the imposition of Nazi rule, and a parade. The event was a fundraiser for the war effort: over C$3 million was collected in Winnipeg on that day. Organizers believed that the fear induced by the event would help increase fundraising objectives. It was the subject of a 2006 documentary, and was included in Guy Maddin's film My Winnipeg.