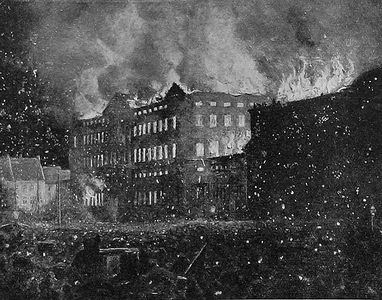 Christiansborg Palace is a palace and government building on the islet of Slotsholmen in central Copenhagen, Denmark. It is the seat of the Danish Parliament , the Danish Prime Minister's Office and the Supreme Court of Denmark. Also, several parts of the palace are used by the Danish monarch, including the Royal Reception Rooms, the Palace Chapel and the Royal Stables.
The palace is thus home to the three supreme powers: the executive power, the legislative power, and the judicial power. It is the only building in the world that houses all three of a country's branches of government. The name Christiansborg is thus also frequently used as a metonym for the Danish political system, and colloquially it is often referred to as Rigsborgen or simply Borgen .