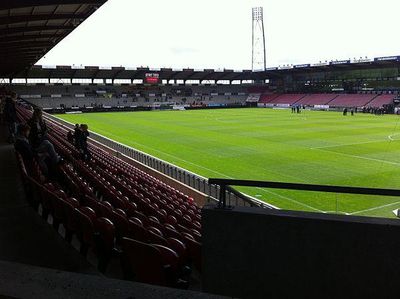 The MCH Arena is a Danish football stadium, seating up to 11,800 spectators. It is situated in Herning and is the home of FC Midtjylland. From 2004 to 2009, the stadium was known as SAS Arena.