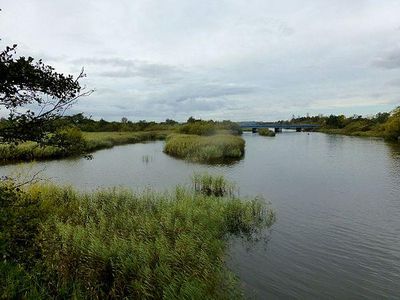 Randers is a city in Randers Municipality, Central Denmark Region on the Jutland peninsula. It is Denmark's sixth-largest city, with a population of 62,687 . Randers is the municipality's main town and the site of its municipal council. By road it is 38.5 kilometres north of Aarhus, 43.8 kilometres east of Viborg, and 224 kilometres northwest of Copenhagen.

Randers became a thriving market town in medieval times, and many of its 15th-century half-timbered houses remain today, as does St Martin's Church, also from that period. Trade by sea was facilitated through the Gudenå River, entering Randers Fjord. During industrialization, Randers quickly became one of the most important industrial towns in the country, but it saw itself outpaced by the cities of Aarhus and Aalborg at the beginning of the 20th century. Most of the larger historic industries in Randers are gone today. From 1970, the population saw a decline from a peak of 58.500 citizens, until a stabilization in the 1990s occurred, followed by a modest rise since then.