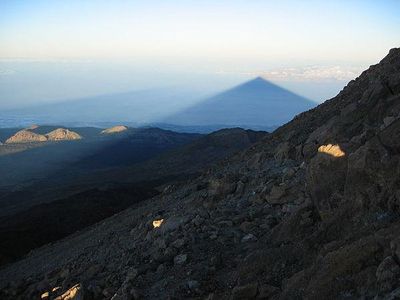 If measured from the ocean floor, it is at 7,500 m the fourth-highest volcano in the world, and is described by UNESCO and NASA as Earth's third-tallest volcanic structure. Teide's elevation above sea level makes Tenerife the tenth highest island in the world. Teide is an active volcano: its most recent eruption occurred in 1909 from the El Chinyero vent on the northwestern Santiago rift. The United Nations Committee for Disaster Mitigation designated Teide a Decade Volcano because of its history of destructive eruptions and its proximity to several large towns, of which the closest are Garachico, Icod de los Vinos and Puerto de la Cruz. Teide, Pico Viejo and Montaña Blanca form the Central Volcanic Complex of Tenerife.