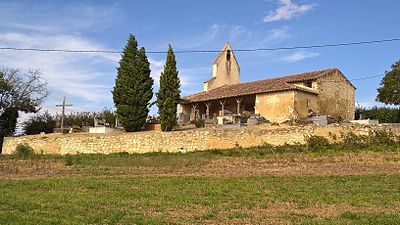 The village was founded in the 11th century and fortified around 1180 by Bernard IV, count of Armagnac. It is a bastide, the original layout is still preserved today. In 1577, Henri de Navarre, also known as Henry IV, hid in one of the streets to escape enemy troops commanded by Villars, the Governor of Guyenna.