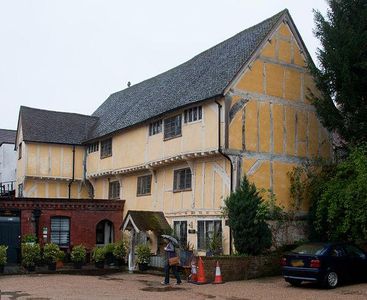 Henley-on-Thames HEN-lee) is a town and civil parish on the River Thames in Oxfordshire, England, 9 miles northeast of Reading, 7 miles west of Maidenhead and 23 miles southeast of Oxford, near the tripoint of Oxfordshire, Berkshire and Buckinghamshire. The population at the 2011 Census was 11,619.
The first record of Henley is from 1179, when it is recorded that King Henry II "had bought land for the making of buildings". King John granted the manor of Benson and the town and manor of Henley to Robert Harcourt in 1199. A church at Henley is first mentioned in 1204. In 1205 the town received a paviage grant, and in 1234 the bridge is first mentioned. In 1278 Henley is described as a hamlet of Benson with a chapel. The street plan was probably established by the end of the 13th century.