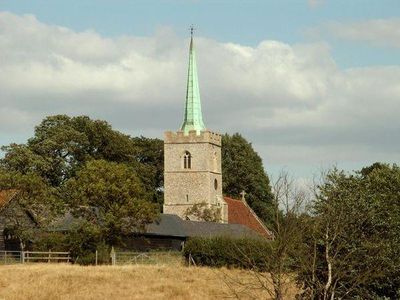 Widford is a village and civil parish between Ware and Much Hadham in the East Hertfordshire district of Hertfordshire in England. It covers an area of approximately 1,167 acres and contains 220 houses. The River Ash flows through the north of the parish. Widford had a population of 534 people in the 2011 census.
The Widford commons were extensive and were enclosed under an award of 1856. There was a wood called Lily Wood to the west of the village which was cut down in the late 19th century.