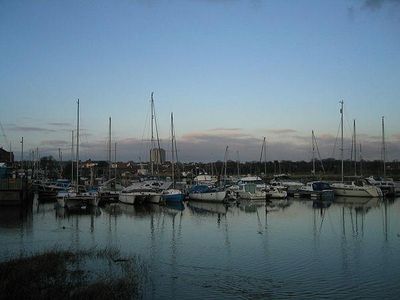 Fareham is a market town at the north-west tip of Portsmouth Harbour, between the cities of Portsmouth and Southampton in south east Hampshire, England. It gives its name to the Borough of Fareham. It was historically an important manufacturer of bricks, used to build the Royal Albert Hall, and grower of strawberries and other seasonal fruits. Current employers include Fareham Shopping Centre, small-scale manufacturers, HMS Collingwood and the Defence Science and Technology Laboratory.

Archaeological excavations around the old High Street area and the church of St Peter & Paul on high ground over the Wallington Estuary have yielded evidence of settlement on the site contemporary with the Roman occupation. No extensive programme of investigation has been possible due to the historic nature of the buildings in this area.