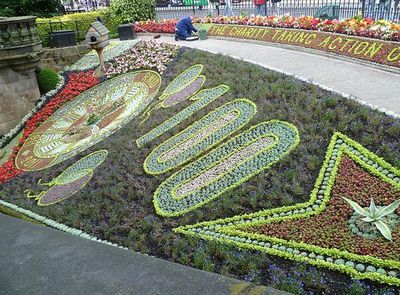 Princes Street is one of the major thoroughfares in central Edinburgh, Scotland, and the main shopping street in the capital. It is the southernmost street of Edinburgh's New Town, stretching around 1 mile from Lothian Road in the west, to Leith Street in the east. The street has virtually no buildings on the south side, allowing panoramic views of the Old Town, Edinburgh Castle, and the valley between. Most of the street is limited to trams, buses and taxis with only the east end open to all traffic.

Princes Street was originally to have been called St Giles Street after the patron saint of Edinburgh. However, King George III rejected the name, St Giles being also the patron saint of lepers and the name of a notorious 'rookery' of slums in London. The street was then named Prince's Street after King George's eldest son, the Prince George, Duke of Rothesay . It was variously termed Prince's Street, Princes' Street and Princes Street until the name settled on the last in the late 1830s.