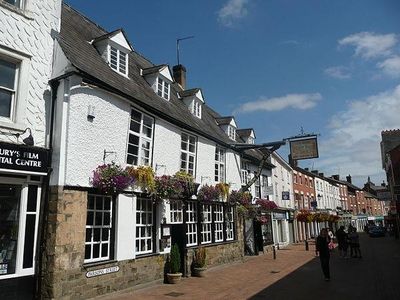 Banbury is a historic market town on the River Cherwell in Oxfordshire, England. The town is situated 64 miles northwest of London, 37 miles southeast of Birmingham, 27 miles south-by-southeast of Coventry and 22 miles north-by-northwest of the county town of Oxford. It had a population of 46,853 at the 2011 census.
Banbury is a significant commercial and retail centre for the surrounding area of north Oxfordshire and southern parts of Warwickshire and Northamptonshire which are predominantly rural. Banbury's main industries are motorsport, car components, electrical goods, plastics, food processing, and printing. Banbury is home to the world's largest coffee-processing facility , built in 1964. The town is famed for Banbury cakes – similar to Eccles cakes but oval in shape.