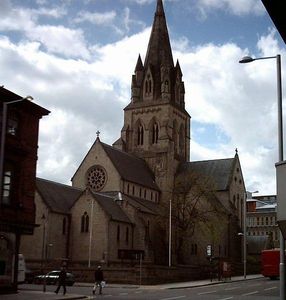 Nottingham NOT-ing-əm) is a city and unitary authority area in Nottinghamshire, England. Part of the East Midlands region, it is 128 miles north of London and 45 miles northeast of Birmingham. To the west lies Derby, separated by the M1 motorway.

Nottingham has links to the legend of Robin Hood and to the lace-making, bicycle and tobacco industries. It was granted its city charter in 1897, as part of Queen Victoria's Diamond Jubilee celebrations. Nottingham is a tourist destination; in 2018, the city received the second highest amount of overnight visitors in the Midlands and the highest amount in the East Midlands.