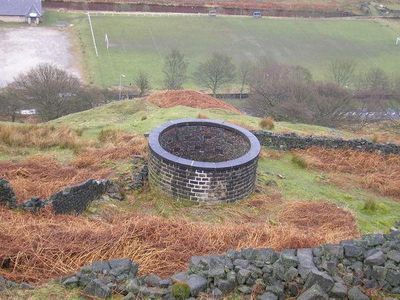 The tunnel, between Littleborough and Walsden near Todmorden, was bored beneath the Pennines, a natural obstruction to most forms of traffic. The tunnel is just over 1.6 miles long and carries two standard-gauge tracks in a single horseshoe-shaped tube, approximately 24 feet wide and 22 feet high. Summit Tunnel was designed by Thomas Longridge Gooch, assisted by Barnard Dickinson. Progress on its construction was slower than anticipated, largely because excavation was more difficult than anticipated. On 1 March 1841, Summit Tunnel was opened by Sir John Frederick Sigismund Smith; it had cost of £251,000 and 41 workers had died.