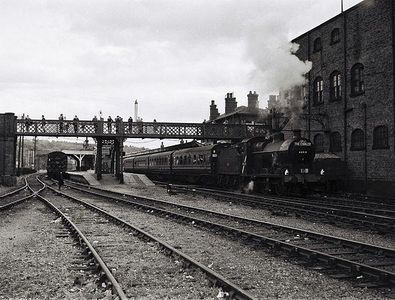 Luton Bute Street railway station was the first to be built in Luton, England. It was opened by the Luton, Dunstable and Welwyn Junction Railway Company in 1858, which was an extension of the Welwyn and Hertford Railway. The track to Welwyn was completed in 1860 and taken over by the Great Northern the following year.

It was valuable to Luton people not only for passengers but also for facilitating the London market for the town's trade in plaited straw goods. The station, and the line to Welwyn, closed in 1965.