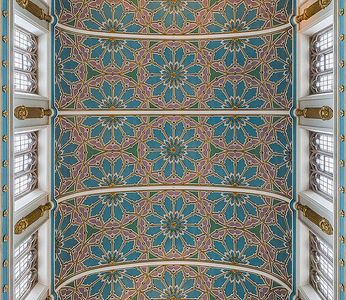 Chelmsford Cathedral in the city of Chelmsford, Essex, United Kingdom, is dedicated to St Mary the Virgin, St Peter and St Cedd. It became a cathedral when the Anglican Diocese of Chelmsford was created in 1914 and is the seat of the Bishop of Chelmsford.
The church of St Mary the Virgin in Chelmsford was probably first built along with the town eight hundred years ago. It was rebuilt in the 15th and early 16th centuries, with walls of flint rubble, stone and brick. The church has a tower with a spire and a ring of thirteen bells, twelve of which were cast by John Warner & Sons at Cripplegate and were dedicated in 1913. The nave partially collapsed in 1800, and was rebuilt by the County architect John Johnson, retaining the Perpendicular design, but using Coade stone piers and tracery, and a plaster ceiling. The upper part of the chancel was rebuilt in 1878.