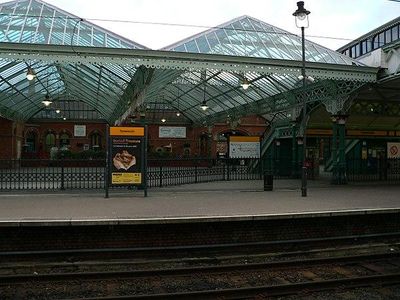 Tynemouth is a station on the Tyne and Wear Metro, serving the Tynemouth area of North Tyneside. The Tyne and Wear Metro station at Tynemouth was opened as a terminus station in August 1980, for services between Haymarket and Tynemouth. November 1982 saw the commencement of through services, following Metro's extension from Tynemouth to St. James.

Tynemouth station is a Grade II* listed building. It was designed by William Bell for the North Eastern Railway Company. As well as serving the Tyne and Wear Metro, it hosts a number of permanent businesses, and a popular weekly market. North Tyneside Council and Millhouse Developments jointly own Station Developments Limited, which in turn is the station's owner.