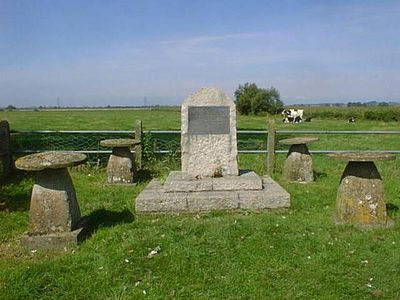 The Battle of Sedgemoor was the last and decisive engagement between the Kingdom of England and rebels led by the Duke of Monmouth during the Monmouth rebellion, fought on 6 July 1685, and took place at Westonzoyland near Bridgwater in Somerset, England, resulting in a victory for the English army.

It was the final battle of the Monmouth Rebellion and followed a series of skirmishes around south-west England between the rebel forces of James Scott, 1st Duke of Monmouth, and the Royal Army still loyal to James II. Victory went to the Government and about 500 prisoners fell into their hands. Monmouth escaped from the battlefield but was captured, taken to London and executed nine days later. Many of Monmouth's supporters were tried during the Bloody Assizes. Many were transported abroad, while others were executed by drawing and quartering.