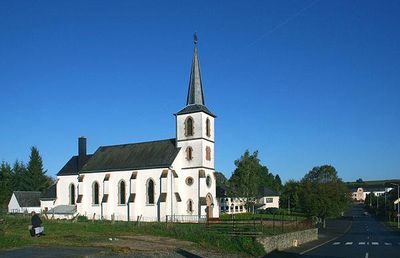 Binsfeld is a village in the commune of Weiswampach, in northern Luxembourg. As of 2001, the village had a population of 220.
The discovery of an extended field of Roman tombs in the early 1970s has confirmed the existence of Roman colonies in the neighbourhood of Binsfeld. Artifacts from the tombs can be seen at the History Museum in the City of Luxembourg.