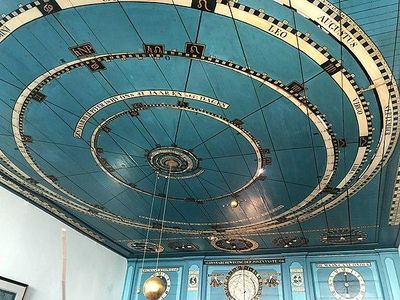 The Royal Eise Eisinga Planetarium Eise Eisinga Planetarium) is an 18th-century orrery in Franeker, Friesland, Netherlands. It is currently a museum and open to the public. The orrery has been on the top 100 Dutch heritage sites list since 1990 and in December 2011 was placed on a provisionary list of future UNESCO World Heritage Site candidates. It is the oldest working orrery in the world.

The orrery was nominated 12 December 2011 by the Dutch government for UNESCO World Heritage status, based on its long history as a working planetarium open to the public and its continued efforts to preserve its heritage. In december 2018, it was announced that the Dutch minister of Education, Culture and Science will be sending an application to UNESCO to request a formal nomination of the orrery, bringing heritage status one step closer.