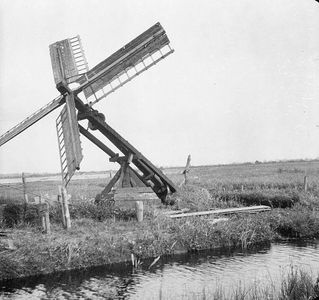 Giethoorn is a town in the province of Overijssel, Netherlands with a population of 2,620. It is located in the municipality of Steenwijkerland, about 5 km southwest of Steenwijk. As a popular Dutch tourist destination both within Netherlands and abroad, Giethoorn is often referred to as "Dutch Venice" or the "Venice of the Netherlands".

Giethoorn used to be a pedestrian precinct, but nowadays exceptions are made. It became locally famous, especially after 1958, when the Dutch film maker Bert Haanstra made his famous comedy Fanfare there. In the old part of the village, there were no roads , and all transport was done by water over one of the many canals. The lakes in Giethoorn were formed by peat unearthing.