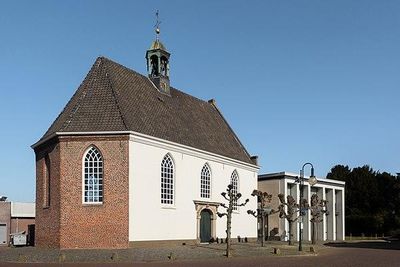 Lobith is a village in the Dutch province of Gelderland. It is located in the municipality of Rijnwaarden. Traditionally, it is said that the Rhine enters the Netherlands at Lobith, although in reality, this happens about 4 km further upstream, near Spijk.
Lobith was a separate municipality for a short while between 1 March 1817 and 1 January 1818, when it became a part of Herwen en Aerdt.