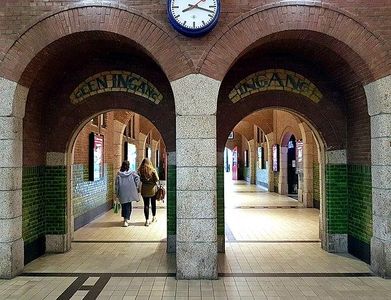 Maastricht railway station is located in Maastricht, the Netherlands. It is the main railway station in Limburg's capital city. It is the southern terminus of the Alkmaar–Maastricht intercity service by NS. Additionally, Arriva and the Belgian NMBS serve the station with local trains.
The station opened on 23 October 1853 together with the Maastricht–Aachen railway. In 1856, a railway connection to Hasselt was opened. Both lines are now closed. In 1861, the Liège-Maastricht railway connection was opened. It was not before the opening of the Maastricht–Venlo railway in 1865, that Maastricht was connected to the rest of the Netherlands.