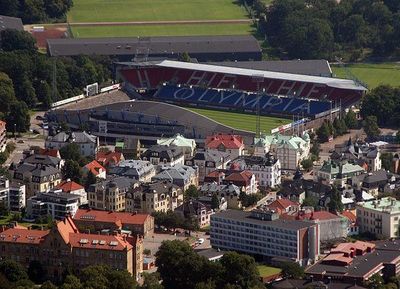 On October 22, 2014 the Helsingborg City Council, who owns Olympia, unanimously voted to renovate and rebuild the stadium. The construction will start after the 2014 Allsvenskan season and will be finished in early to mid 2017.
This will be the fourth updating of the arena since 1985. Before 1985 the arena was in a dreadful state with
athletic running tracks, wooden stands, and a very poor lighting system.