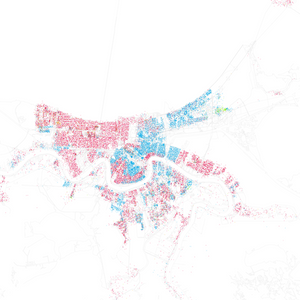 New Orleans ) is a consolidated city-parish located along the Mississippi River in the southeastern region of the U.S. state of Louisiana. With an estimated population of 390,144 in 2019, it is the most populous city in Louisiana. Serving as a major port, New Orleans is considered an economic and commercial hub for the broader Gulf Coast region of the United States.

New Orleans is world-renowned for its distinct music, Creole cuisine, unique dialect, and its annual celebrations and festivals, most notably Mardi Gras. The historic heart of the city is the French Quarter, known for its French and Spanish Creole architecture and vibrant nightlife along Bourbon Street. The city has been described as the "most unique" in the United States, owing in large part to its cross-cultural and multilingual heritage. Additionally, New Orleans has increasingly been known as "Hollywood South" due to its prominent role in the film industry and in pop culture.