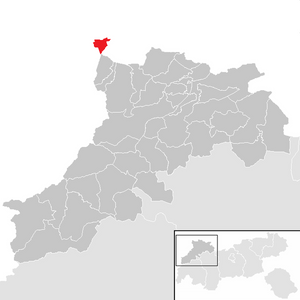 Jungholz is a village in the district of Reutte in the Austrian state of Tyrol that is accessible only via Germany. The lack of a road connection to anywhere else in Austria led to Jungholz being included in the German customs area until Austria joined the EU in 1995. It also used the German mark instead of the Austrian schilling as currency until 2002 when the euro took over. Letters to Jungholz can be addressed with either a German or an Austrian postcode.

Jungholz forms a pene-exclave of Austria that is connected to the rest of Austria by a single point, which is the summit of the mountain Sorgschrofen . As well as housing border post number 110 on the normal international border between Tyrol and Bavaria, a second border starts and, having gone round Jungholz, ends there. There are thus borders extending in four directions from the summit, called a quadripoint. Two Austrian and two German municipalities meet at that point, starting with Jungholz and continuing clockwise: