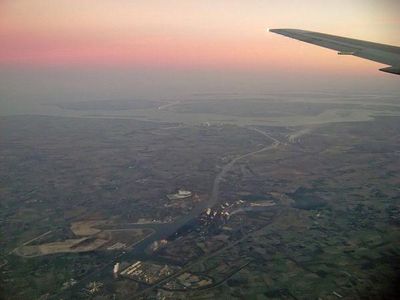 The Ghent–Terneuzen Canal , also known as the "Sea Canal" is a canal linking Ghent in Belgium to the port of Terneuzen on the Westerschelde estuary in the Netherlands, thereby providing the former with better access to the sea.
The canal was constructed between 1823 and 1827 on the initiative of the Dutch King: Belgium and the Netherlands had become a united country under the terms agreed at the Congress of Vienna. After Belgium broke away in 1830, traffic to and from Belgium was blocked by the Dutch until 1841.