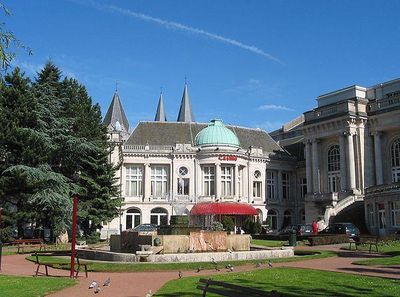 Spa is a Belgian town located in the Province of Liège, and the town where the term spa originates. The town of Spa is situated in a valley in the Ardennes mountains 35 kilometres southeast of Liège and 45 kilometres southwest of Aachen. In 2006, Spa had a population of 10,543 and an area of 39.85 square kilometres , giving a population density of 265 inhabitants per km² .

Spa is one of Belgium's main tourist cities. The town of Spa is famous for its several natural mineral springs, and is also the location of mineral water producer Spa, whose mineral water is exported worldwide. The renowned Circuit de Spa-Francorchamps, which hosts the annual Belgian Grand Prix, is in the village of Francorchamps near Spa.