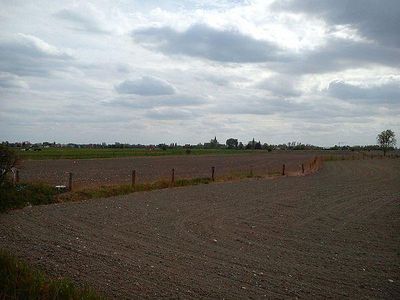 The Dodengang is a World War I memorial site located near Diksmuide, Belgium. The site is located about 1.5 kilometres from the Ijzertoren in the centre of the city, and set directly on the banks of the Yser Canal.
The Dodengang is a 300 yards section of preserved trench where many men were killed in World War I. The trench was begun at the time of the Battle of the Yser which was manned by soldiers of the Belgian Army. As part of the Yser Front, it played a key role in preserving the front line in this area and stopping further German incursions across the Yser Canal. Belgian soldiers fought here under the most perilous conditions until the final offensive of 28 September 1918.