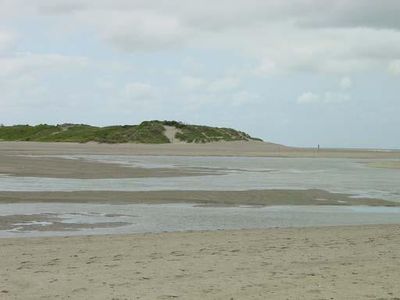 The Zwin is a nature reserve at the North Sea coast, on the Belgian-Dutch border. It consists of the entrance area of a former tidal inlet which during the Middle Ages connected the North Sea with the ports of Sluis and Bruges inland.

The Zwin inlet was formed originally by a storm that broke through the Flemish coast in 1134, creating a tidal channel that reached some 15 km inland and was also connected, through another channel, to the mouth of the Scheldt further north-east. The new waterway offered access to the sea to the inland city of Bruges, which consequently rose to become one of the foremost medieval port cities of Europe. The towns of Damme, Sluis and Sint Anna ter Muiden were also located on the Zwin. However, from the late 13th century onwards, the channel was affected by progressive silting, which ultimately caused the waterway to become unusable and cut off the harbour of Bruges from the sea.