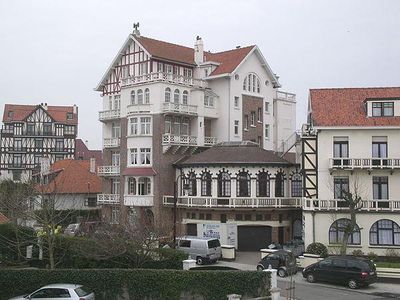 De Haan is a place and a municipality located in the Belgian province of West Flanders. The municipality comprises the villages of De Haan proper, Wenduine, Klemskerke, Vlissegem and Harendijk. On January 1, 2020 De Haan had a total population of 12,700. The total area is 46.14 km² which gives a population density of 275.26 inhabitants per km².

The coastal village of De Haan proper has maintained a low skyline so its many buildings in Belle Époque style are still prominently visible.