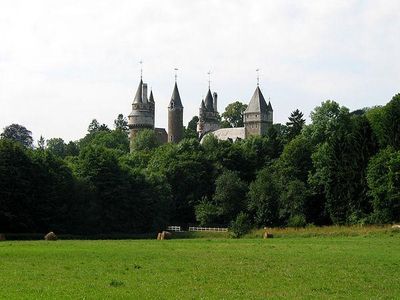 The first castle on the site was built in the 13th century and was a dependency of the County of Namur. In about 1340 it passed into the ownership of the Marbaix family. After several further changes in ownership it became the property of the Corswaren family in 1665 and remained theirs until the French Revolution.