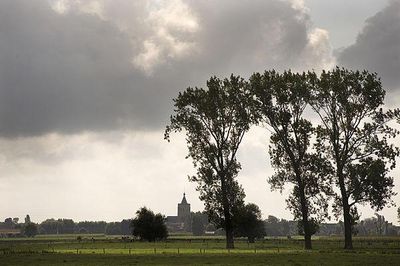 Cyriel Verschaeve was as a priest attached to the parish of Alveringem and re-buried near Alveringem's church in 1973.